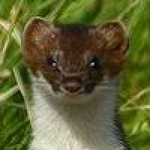 My first edit on Wikia/Fandom was made on 11/11/2009 in the English Smallville Wiki. After being highly active on several English and German wikis for some years, I don't have so much time for this hobby anymore, I'm afraid. Presently I'm mainly active on the German The Lord of the Rings Wiki.

By the way, I don't use the nickname "Weas-El" in any social media. If you encounter someone with that name outside Fandom, for example on Facebook or Deviantart, this is most likely not me.